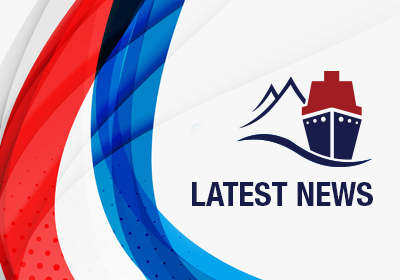 CORNER BROOK – The fall cruise season will kick off for the Port of Corner Brook this week with the arrival
of the Cruise & Maritime Voyages ship Marco Polo on Friday, September 22. The vessel, which carries
approximately 900 passengers and 350 crew, is scheduled to arrive at 8 a.m. and depart at 5 p.m. The ship
will call on Corner Brook as part of a month long Canada in the Fall voyage, a round trip itinerary which
departed from Liverpool on September 1 and is due back in Liverpool on September 29.

On Wednesday, September 27, two cruise ships are scheduled to spend the day in Corner Brook. The Saga
Sapphire (Saga Cruises) and Silver Whisper (Silver Sea Cruises) are due to arrive at 8 a.m. and depart at 5
p.m. Saga Sapphire will visit as part of a month long Canada in the Fall itinerary round trip from
Southampton, UK, while Silver Whisper will be travelling on a 12 day Canada New England itinerary from
New York to Montreal.

During the first week of October, three cruise ships will make inaugural calls to Corner Brook. The Phoenix
Reisen ship Artania will call from 2 p.m. to 11 p.m. on Sunday, October 1, followed by the Regent Seven
Seas vessel Seven Seas Mariner on Tuesday, October 3 from 7 a.m. to 3 p.m. Vision of the Seas, a Royal
Caribbean ship, will round out the week on Sunday, October 8, arriving at 8 a.m. and departing at 5 p.m.
The Seven Seas Mariner will return to Corner Brook for two additional calls on Wednesday, October 11 and
Monday, October 23 while Vision of the Seas will make a second visit to the City on Friday, October 13.
The final visit for the season is scheduled for Saturday, October 28 when the Norwegian Cruise Line ship
Norwegian Gem will be in port from 8 a.m. to 5 p.m.

On a number of the cruise ship dates there will be live entertainment by local musicians in front of City Hall
during lunch time. Both residents and visitors are welcome to come to Civic Square to enjoy the music.
In total, there are ten cruise ships scheduled to visit Corner Brook over the next six weeks, bringing the
total number of calls to 15 for the season and the total number of expected visitors to approximately
13,500 passengers and 6,500 crew.
A complete 2017 cruise ship schedule can be found at www.cornerbrookport.com.